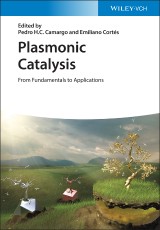 From Fundamentals to Applications
1. Aufl.

<p><i><b>Pedro H.C. Camargo</b> is Professor in the Department of Chemistry at the University of Helsinki, Finland. He serves as an Editor of the Journal of Materials Science. His research foci are on the synthesis of nanomaterials for nanocatalysis and plasmonic nanocatalysis.</i></p><p><i><b>Emiliano Cortés</b> is Professor at the Physics Faculty in the University of Munich (LMU) in Germany and the academic lead of the Plasmonic and Photonic Chemistry Group. He is also Visiting Researcher in the Chemistry Department at University College London and in the Physics Department at Imperial College London, in the United Kingdom.</i></p>

The Archaeology of Foucault