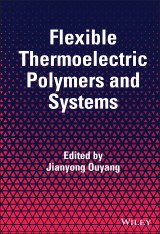 <p><b>Jianyong Ouyang, PhD,</b> is Associate Professor at the National University of Singapore. He received his doctorate from the Institute for Molecular Science in Japan and his research focuses on flexible electronics and energy materials and devices.</p>