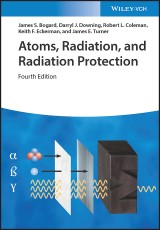 <p><i><b>James S. Bogard </b>is retired from Dade Moeller/NV5 and from Oak Ridge National Laboratory, where he was Senior Health Physicist and Senior Research Staff, respectively. He is the author or co-author of over 100 articles, technical reports and presentations, including a workbook of health physics problems and solutions and a textbook on statistical methods used in radiation physics and health physics. Dr. Bogard is a past President of the American Academy of Health Physics, a Fellow of the Health Physics Society, and a Distinguished Alumnus of Texas State University. </i> <p><i><b>Darryl J. Downing </b>is Vice President, Statistical and Quantitative Sciences, as GlaxoSmithKline Pharmaceutical company. He is also a member of the International Statistics Institute, and has served as a researcher at the Oak Ridge National Laboratory, as well as authoring numerous scholarly publications. </i> <p><i><b>Robert L. Coleman </b>is a Senior Scientist at Oak Ridge National Laboratory and Technical Lead for in-vivo bioassay measurements. He is in charge of technical and everyday aspects of whole body, lung and organ measurements for gamma and x-ray emitting radionuclides in support of the ORNL radiation dosimetry program. </i> <p><i><b>Keith F. Eckerman </b>is Staff Scientist in Energy and Environmental Sciences at Oak Ridge National Laboratory. He received his PhD in Radiological Physics from Northwestern University, is a Fellow of the Health Physics Society, an emeritus member of Committee 2 of the International Commission on Radiological Protection, and has contributed widely to various regulatory issues in radiation protection. </i> <p><i><b>James E. Turner </b>(1930-2008) was a Corporate Fellow at Oak Ridge National Laboratory and an Adjunct Professor of Nuclear Engineering at the University of Tennessee. He served on the editorial staffs of multiple journals, including Health Physics and Radiation Research, and conducted extensive research and teaching both inside and outside the US.</i>

<p><b>Discover the keys to radiation protection in the fourth edition of this best-selling textbook </b> <p>A variety of atomic and sub-atomic processes, including alpha, beta, and gamma decay or electron ejection from inner atom shells, can produce ionizing radiation. This radiation can in turn produce environmental and biological effects both harmful – including DNA damage and other impacts of so-called ‘radiation sickness’ – and helpful, including radiation treatment for cancerous tumors. Understanding the processes that generate radiation and the steps which can be taken to mitigate or direct its effects is therefore critical in a wide range of industries and medical subfields. <p>For decades, <i>Atoms, Radiation, and Radiation Protection </i>has served as the classic reference work on the subject of ionizing radiation and its safeguards. Beginning with a presentation of fundamental atomic structure and the physical mechanisms which produce radiation, the book also includes thorough discussion of how radiation can be detected and measured, as well as guide-lines for interpreting radiation statistics and detailed analysis of protective measures, both individual and environmental. Now updated by a new generation of leading scholars and researchers, <i>Atoms, Radiation, and Radiation Protection </i>will continue to serve global scientific and industrial research communities. <p>Readers of the fourth edition of <i>Atoms, Radiation, and Radiation Protection </i>will also find: <ul><li>Detailed updates of existing material, including the latest recommendations of the ICRP and NCRP</li> <li>Treatment of current physiokinetic and dosimetric models</li> <li>All statistics now presented in SI units, making the book more globally accessible</li></ul> <p><i>Atoms, Radiation, and Radiation Protection </i>is a foundational guide for graduate students and researchers in health physics and nuclear physics, as well as related industries.

The Archaeology of Foucault